SINGAPORE, 22 January 2020: As Chinese New Year approaches, more airports worldwide are on full alert to counter the threat of human-to-human transmission of the SARS-like coronavirus.

Airports in the US, Australia and India are implementing passenger temperature checks following the increase in reported cases since the weekend. Confirmed cases have been reported in Thailand, Japan, South Korea and Taiwan; all travellers returning from a visit to Wuhan. On Wednesday the US reported its first case.

At least six people have died, and almost 300 are being treated in China according to the latest reports from China’s official media.

Scientists are scrambling to determine how the virus spread from a seafood market in Wuhan to other cities in China including Beijing, Shenzen and Shanghai.

AFP news quoted Zhong Nanshan, a renowned scientist at the National Health Commission who helped expose the scale of the SARS outbreak in 2000 that killed 700 people, said patients could contract the new virus without having visited the city.

“Currently, it can be said it is affirmative that there is the phenomenon of human-to-human transmission,” he told  CCTV.

Airports in China and around the world have deployed temperature checks for passengers. Thailand’s six international airports under the management of the Airports of Thailand led the move with checks in place last week. Similar checks are being made at Hong Kong and Singapore airports.

Zhong predicted an increase of viral pneumonia cases during the Chinese New Year holiday – when millions travel in China – but expressed confidence in curbing the spread of the virus. As of Tuesday, Chinese health officers were checking travellers leaving airports and railway stations in Wuhan and even making random checks of groups travelling by car or bus.

Hong Kong and UK public health researchers say they fear more than 1,000 people could have been infected. They used a different modelling system to what Wuhan health officials used to reach their much lower forward estimates.

The World Health Organisation will meet in Geneva today (Wednesday) to determine whether to declare the outbreak “a public health emergency of international concern” – a rare designation only used for the gravest epidemics.

Wuhan has 11 million inhabitants and serves as a major transport hub, including during the annual Chinese New Year holiday, which begins later this week and sees hundreds of millions of Chinese people travel across the country to visit their families. 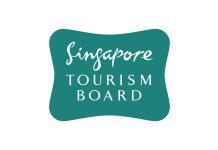