MUMBAI, 4 December 2019: An Indian court has issued an injunction order against Messe Berlin that recently launched ITB India, according to a statement released by Fairfest Media Limited, 2 December.

(This report has been updated, 6 December 2019, with responses to email questions filed with both Fairfest and Messe Berlin. See links)

It seeks to prevent Messe Berlin from using data and confidential business information to support the new trade show that Fairfest Media claimed was passed on as part of a previous collaboration that went sour.

But it falls well short of the Fairfest’s original complaint that sought a ruling to force Messe Berlin to discontinue the show that is due to debut in 2020.

Fairfest Media Limited, organisers of OTM Mumbai, a competing trade show, took German-headquartered Messe Berlin to court for breach of what it called a Non-Disclosure Agreement that was signed when the two company were planning a joint trade show venture.

Fairfest Media filed a complaint with the High Court of Bombay earlier this year, requesting an injunction against Messe Berlin, to restrain it from using confidential information including client details shared in confidence.

The company asked the court to restrain Messe Berlin from conducting ITB India. It alleged the competing show would inevitably benefit from the competitive and confidential information shared under the terms of the NDA.

The High Court referred the matter to a sole Arbitrator, who after hearing detailed arguments from both sides, issued an injunction restraining Messe Berlin from using the confidential information.

The Arbitrator ruled in favour of Fairfest and restrained Messe Berlin, the organiser of ITB India, from using the confidential information it obtained from Fairfest.

Messe Berlin at the time challenged the jurisdiction of the Arbitrator. However, the Arbitrator ruled that it had jurisdiction on issues related to the breach of the NDA. It also ruled that it was not addressing issues related to copyright/trademark and further confidential information obtained by Messe Berlin under a Letter of Intent (LOI) executed later to the NDA, which specifically designated Singapore as the jurisdiction.

However, Fairfest says it is now considering additional litigation to address the above, at appropriate forums in Singapore and in India, for further injunctions and claims for damages in respect of the breach of the terms of the LOI.

The Arbitrator has also ordered Messe Berlin to pay costs to Fairfest.

Fairfest claimed it would take all necessary steps to ensure that all confidential information, including the private data of its clients, was not misused by Messe Berlin.

Messe Berlin made a bid to enter the Indian market through a co-branded show called BITB in Delhi in 2017, which was later dropped in favour of launching its own show under the ITB global brand.

TTR Weekly emailed Messe Berlin (Singapore) for a comment but had not received a reply or acknowledgements at the time of posting this report. Responses added to this report 6 December 2019. 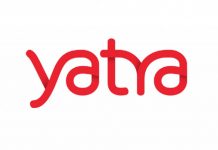