Founder John Tue Nguyen registered the company in Ho Chi Minh City in 1999, realising a dream conceived much earlier while working as a tour guide in his native town of Hue in Vietnam.

By 2015, he established offices also  in Hanoi, Hue, and expanded in ASEAN with a presence in Thailand,  Myanmar Laos, Camodia and Indonesia. One of the pioneers of ‘experiential travel’ the company more recently continued to extend its footprint to Taiwan, Japan and Hong Kong.

And there is more to come. The firm says it is upping the ante at the highest-end of the market by establishing a new ‘Ultra-Luxe’ division for customers seeking authentic up-market experiences. To support the move up-markert, the company is developing a new line of luxury travel products.

One of the luxury travel options focuses on “Ancient Hue” with a collection of five restored traditional garden homes in the former imperial capital where Nguyen grew up.

“We are really proud of what we have achieved so far, and I would like to thank our team worldwide for continuing to be innovative and sharing in the vision we have for the company,” said Nguyen. “Since the start, we’ve been focussed on delivering tailored tours in Asia that set us apart from other tour operators… we believe in developing exclusive products and aim to deliver them for our customers in the most personalised way possible.”

Founded by Nguyen in 1999, the firm has grown from humble beginnings to become a major player in bespoke tourism in Southeast Asia.

Today, thousands of travellers book tours through the company that employs around 250 people worldwide.

Trails of Indochina has notched up several prestigious industry accolades at awards events such as the World Travel Awards and the Luxury Lifestyle Awards and has expanded its destination portfolio to cover most of Asia.

Nguyen’s initial idea for the business was hatched when he was working in Hue as a guide to the few tourists who ventured beyond the popular gateway destinations of Hanoi and Ho Chi Minh City.

“At that time, no other companies were offering luxury, high-end, experiential travel,” he explains. “I saw the opportunity clearly in my mind…Today travellers are more willing to explore, and they have certain expectations.

“That’s why it’s just as important for us today as it was then to learn, understand and innovate with the ultimate goal of delivering unforgettable experiences for our travellers.” 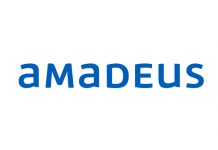 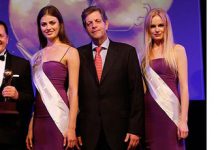