YANGON, 28 November 2019: If you are planning a trip to Myanmar cruising on the iconic Irrawaddy and Chindwin rivers percolates to the surface as the top options. That’s if you are determined to side-step the well-trodden paths of mass tourism.

It doesn’t take too much imagination to cobble together a triangular land trip that covers the key attractions Yangon, Mandalay and Bagan. Still, by opting for a river cruise, you can see these three popular destinations from an entirely different perspective. You join the dots between popular destinations with enthralling experiences that bring river communities and their heritage up close. The only downside is the hefty price tag.

Myanmar was the home of the original river cruises in Southeast Asia due to its long heritage of riverboat transport dating back to 1865. That era came to an untimely end during World War II when hostilities forced the Irrawaddy Flotilla Company to scuttle and sink its entire fleet of 600 vessels to prevent capture by the Japanese army.

In the 1920s at the height of the riverboat era, the country’s enormous fleet of paddle steamers and later oil-powered riverboats plied the Irrawaddy and Chindwin rivers carrying between 8 to 9 million passengers and half a million tons of cargo annually to and from their home ports in Yangon and Mandalay.

The country boasts over 7,000 km of navigable rivers and has probably the largest fleet of luxury riverboats in Southeast Asia.

As Myanmar opened its doors to foreign visitors in the 1970s a new fleet of riverboats emerged this time adapted for wealthy Europeans looking for a luxury “Orient experience”.   Replicating the colonial vessels of the 1920s, they became templates for riverboats sailing the waterways of neighbouring Thailand, Cambodia and Vietnam.

There are now literally scores of riverboats offering cruises on the Irrawaddy and Chindwin rivers in the heart of the country and more recently river and coastal cruises in the Mergui Archipelago in far south Myanmar.

We checked out the booking sites for hints on the best times to book a river cruise and discovered the peak season has already got underway and should continue at least for the Irrawaddy cruises to early March.  Water levels can become critical for the Chindwin sailings by late December. However, with a little luck, the season could stretch to late February.

Avoid the extreme heat of late March to May and beware of the May to September when monsoon rain buckets down.

A  cruise on the Chindwin River, the largest tributary of the Irrawaddy River takes you beyond  Mandalay and Bagan to places less sailed.

A typical seven-night cruise embarks from Monywa, an ancient city about a three-hour drive from Mandalay and ends in Homalin near the border with India.

Road conditions in the area are poor so travelling by river is a more comfortable option to cover trips of 595 km with seven nights spent onboard a luxury riverboat.

RV Zawgyi Pandaw due to its shallow draft that allows cruising through to the end of February to the furthest reaches of the Chindwin where the water level can drop below 1 metre in places. Water levels drop dramatically by mid-December.  A replica of colonial period boats, the double-deck boat sports teak and brass trim with a spacious lounge and dining deck.

In the promotional blurb, the company says a “trip up the Chindwin puts you in touch with local people. Guided excursions will take you to villages and the splendid teak monasteries of Mingkin. Further up the Chindwin, you’ll visit mystical places such as Nagaland or even play golf in Mawlaik, with its still-standing and occupied colonial buildings.”

The seven-night cruise has a lead-in price of USD3,307.50 for non-members and USD2,940.00 for members. The cruise price includes a flight from Homalin to Mandalay. The price tag would suggest the trip is a very special celebration such as a wedding anniversary or a half-century birthday.

Not everyone has seven days to spare for a river cruise to lesser-known reaches of Chindwin. Instead, they opt for the shorter Irrawaddy River cruise between Mandalay, a former royal capital and the heritage endowed  Bagan is arguably the most popular option for travellers resident in Asia.

Covering 2,169 km, the Irrawaddy River cuts a north-south course through the heart of the country ultimately spilling into the Andaman Sea. As the country’s longest river, the Irrawaddy a vital thoroughfare for cargo and passenger transport. Travellers cruising this river will see hundreds of boats of all sizes piled high with cargo plying the stretch of river from Mandalay to Bagan.

But it’s the 182 km Mandalay to Bagan section of the river that fascinates travellers. The trip can be completed in two to four days on a luxury riverboat, or you can take the daily ferry that departs Mandalay at dawn and sails into Bagan at sunset. Snacks are served on board.

One of the top cruise experiences is served up by The Strand a luxury riverboat owned by the Strand Hotel in Yangon that offers a mix of two, three and four-night river cruises between Mandalay and Bagan. Prices start at around USD700 a night, which is steep, but the boat bears the Strand brand badge that might ease the price pain.

Unfortunately, the Strand cruise website lacks user-friendly features. You could call the presentation cluttered with the pricing hidden to casual browsers.  It takes a few clicks to get any pricing information which wastes time when you are researching a holiday trip.

The Strand’s two-night cruise from Mandalay to Bagan begins with breakfast at U-Bein Bridge then visits the Mahamuni Pagoda. After lunch the boat sets sail for Mingun, one of the country’s former capitals, visiting the unfinished pagoda, as well as the Hsinbyume Pagoda and Mingun bell.

On the second day, the cruise visits Ava, one of Myanmar’s ancient imperial capitals and then to the UNESCO World Heritage town of Bagan. The second night is spent at anchor in Bagan and following breakfast the next morning passengers transfer to a hotel in Bagan or the airport.

A similar two-night cruise sells for around USD580 on Pandaw Cruises. 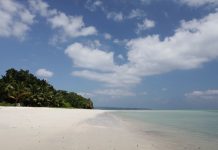 Luxury yachts ready to return to the Andamans