The winners of the Future Travel Experience (FTE) Asia Awards 2019 were named during a presentation at the  FTE-APEX Asia EXPO at the Marina Bay Sands Expo & Convention Centre in Singapore 12 to 13 November.

Japan Airlines was presented with the Gold Award “for its impressive new cabin interiors, which recently debuted on its A350-900 aircraft.”

The Silver Award went to AirAsia for the development and launch of the AirAsia Virtual Allstar (AVA), a continuously learning AI-powered chat platform.

AVA speaks and connects to various airline systems, can interact with customers in multiple languages, and can handle 25,000 chats at any one time via the AirAsia app, website, Facebook Messenger and WeChat.

Singapore Airlines took home the bronze award for its efforts to enhance passenger wellbeing on ultra-long-haul flights. The airline invested a great deal of thought, time and effort to helping to make the longest flights as comfortable as possible for its customers.

The Silver award was presented to Hamad International Airport for the second phase of its ongoing Smart Airport programme. Phase 2, launched in June 2019, includes a focus on the digital transformation of the passenger journey through biometric technology across all key passenger touchpoints. 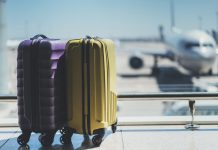