Thailand topped the country winners’ league table with 366 hotels presented with the Agoda Gold Circle Awards accolade in 2019, followed by Japan with (209 awards) and Indonesia (192 awards).

For “First Time” winners, Thailand also has the highest number of new properties being awarded for the first time in 2019, with 266, followed by Indonesia (160 properties), Japan (134 properties), The Philippines (114 properties), and Vietnam (72 properties).

New for this year, Agoda has added additional criteria, with the winning properties also having to participate in Agoda Private Sales.

This is an exclusive closed user group incremental sales programme to give further benefits for properties to access loyal and high converting Agoda members.

Winners were judged on criteria such as payment option choices, with 42 per cent offering alternative payment methods, while a quarter have joined the Agoda VIP program, a marketing solution designed to further support increased room night sales and provide better visibility for participating hotels, and 36 per cent embracing innovative and convenient technology that makes traveling easier for customers worldwide via Agoda’s Yield Control System (YCS) application.

Gold Circle Awards ceremonies will take place in over 29 locations worldwide from November through December.

This year, for the first time and in recognition of its partnership with the World Wildlife Fund (WWF), Agoda will be planting 6000 trees in Chiang Mai, Thailand and China, in the name of the winning hotels from these markets. 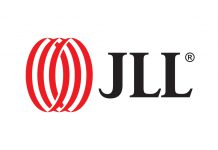