HANOI, 21 October 2019: Asian Trails has secured deals on race tickets and accommodation for the first Formula 1 Grand Prix in Hanoi, Vietnam, 3 to 5 April 2020.

Downtown Hanoi will be transformed into a Formula 1 street circuit, and Asian Trails Vietnam has secured various deals with suppliers valid during and after the first week of April next year.

Appointed as one of the official ticket resellers for this historical sports event in Vietnam’s capital, Asian Trails provides tickets, land transfers and accommodation at competitive rates.

Hotel rates are rising fast for stays in Hanoi during the race week, which will attract fans around the world.

Rooms and suites in the city are filling up fast as the dates draw nearer, and this is prompting hotels to raise rates.

The main race will be held 5 April with training and qualifying on 3 and 4 April. The race itself covers a 5.5 Km city circuit with 23 turns designed by Hermann Tilke. 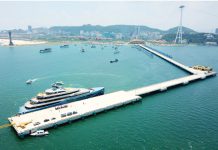 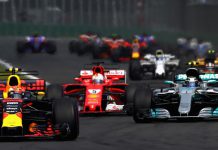