The low-cost airline owned by the Singapore Airlines Group currently operates from Terminal 2.

The airline said the move would support expansion partly due to taking over operations from Silk Air, which will ultimately merge with Scoot

Since April, Scoot took over eight destinations in China, India, Laos and Malaysia,  as part of the move to absorb all Silk Air operations. The merger will continue with nine more routes by the end of 2020.

As Scoot plays a bigger role within the group as its low-cost airline, it will seek to improve passenger services on the ground at its home base Changi.

Over the last five years, Changi Airport has expanded passenger-handling capacity at Terminal 1. Changes include a new central zone in the departure hall for fast track check-in featuring automated kiosks and bag-drop machines. 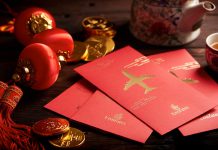