In a news briefing earlier this week, PHILTOA president Cesar Cruz said sales turnover at the weekend show should improve by around 10% on last year’s bookings that reached USD1.32 million.

Cruz acknowledged that most of the bookings would be for domestic packages.

“Domestic sales dominate the show’s performance,” he said. “Yes we have added more destinations from around Southeast Asia with our member companies pushing outbound package sales but sales turnover suggests the show averages about 3,000 domestic package bookings over three days.”

But the outbound side of the event is also growing fast with the organisers tipping South Korea, Indonesia, Japan and Taiwan as the hot favourites for holiday sales.

Siem Reap and Ho Chi Minh are the two Mekong Region destinations that are popping up at the show with attractive packages.

According to a report in the Business Mirror earlier this week, the Department of Tourism noted that domestic trips reached 110 million in 2018, already exceeding the 2022 target of 89.2-million trips. The DOT is now revising its domestic travel target.

Much of the growth in domestic travel is driven by competitive airfares offered by low-cost airlines, but traditionally the Philippines has always enjoyed a buoyant domestic travel market that sustains destinations year-round.

The Philippine Travel Mart (PTM) is celebrating its 30th annual edition, making it the longest-running travel trade exhibition in the Philippines and one of the most established shows in ASEAN.

This year, the travel show will highlight domestic tour packages to Tawi-Tawi and Zamboanga, even though there have been concerns over security.

“We need to change the perception for Tawi-Tawi and Zamboanga, especially among ourselves,” he told the media briefing.

“We want to focus on promoting community-based tourism programmes, Just like what we witnessed in Once Islas in Zamboanga City, PHILTOA’s advocacy is to promote destinations that not only provide jobs to locals but also allow them to realise the importance of protecting their own environment,” Cruz noted.

There is also a push to promote youth travel with exhibitors offering affordable tour packages to emerging destinations such as the southernmost islands of Tawi-Tawi in Mindanao and Zamboanga.

Packages are discounted by as much as 70%, according to the PHILTOA’s president.

The show floor is colour-coded with a yellow zone for events, business events and entertainment products, while a blue zone features beach, cruise, marine and sports offerings. A green zone highlights cultural and farm tourism. A pink zone accommodates health and wellness as well as food tourism.

Tech stuff finds a place at the show with the theme “Fostering Sustainable and Inclusive Tourism.” High-definition electronic billboards cut paper and plastic waste. Visitors can also scan the QR codes of exhibitors to find their locations as well as to conduct paperless transactions.  The trend is cut out paper, reduce brochure distribution and single-use plastic items.

More than 250 exhibitors have booked booths at the Philippine Travel Mart, hosted in four halls at the SMX Convention Centre until 1 September. 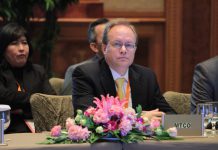