KUALA LUMPUR, 29 August 2019: Malaysia’s Firefly Airlines announced this week it is discounting domestic fares and long weekend packages by as much as 60%.

The campaign gets underway to mark Malaysia Day celebrations (Merdeka Freedom Day) 31 August, but sales extend beyond to early September for the MATTA Travel Fair.  At the fair, the airline is offering 50% discounts on flights and accommodation packages.

In a statement released to its customers earlier this week, the airline confirmed it would join the Malaysian Association of Tour and Travel Agents (MATTA) Fair 2019 6 to 8 September at Putra World Trade Centre, Kuala Lumpur.

MATTA Travel Fair designates Johor as “Malaysia’s Favourite Destination” for the upcoming show. Johor will present a variety of tourism products at its pavilion spread over as floor space equivalent to 15 booths.

Holiday experiences include the state’s colourful heritage and culture, islands and beaches, eco-tourism, and shopping. Johor will exhibit in Hall 5, booths 5042-5057.

Of all the overseas destinations presenting at the September MATTA show, Taiwan takes the title Asia’s favourite destination.

Taiwan will present its latest campaign, “Taiwan Small Town Ramble” a series of travel packages that have been curated for the campaign and are available at discounted prices for travel enthusiasts during the three-day fair.  The Taiwan Pavilion will be in Hall 1 (Booths 1413-1432).

The family-friendly resort, Anantara Desaru Coast Resort and Villas, will debut at the upcoming MATTA Fair offering a premier room stay for MYR818 net per night, plus breakfast for two. Thai Vietjet back with lunchtime sale 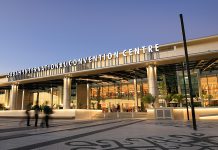