YANGON, 24 July 2019: Myanmar has switched the 2020 venue for the annual Mekong Tourism Forum from Mandalay to the World Heritage town of Bagan.

The decision to change the venue to Bagan was made by Myanmar’s Minister of Hotels and Tourism, U Ohn Maung, following meetings with travel industry leaders and the Mekong Tourism Coordinating Office executive director Jens Thraenhart, last week in Nay Pyi Taw.

“World Heritage status was not the sole consideration. There were others, one being the fact that we hosted the MTF in Mandalay in 2014 so we would be returning to the same destination.”

Earlier, the country’s tourism leaders designated Mandalay the venue based on its gateway status. It also boasts a broader choice of star-rated hotels and meeting venues to host an event that attracts around 400 delegates.

Undoubtedly, Bagan’s recognition as a World Heritage site helped to swing the votes in favour of a switch during the meeting of the country’s leading tourism associations last week.

The 2020 Mekong Tourism Forum will be held in Bagan 4 to 8 May and will follow a format similar to the Luang Prabang (2017) and Nakhon Phanom (2018) events. The two destinations presented traditional conference sessions while on the second-day delegates joined field trips featuring workshop-style input from experts at specified lunch venues.

The 2020 MTF will move to the first week of May to avoid the start of the annual monsoon season that usually starts in earnest late May.

“Of course, there are weather concerns. It will be hot in Bagan before the rains begin, but then it would be hot anywhere in the region during May,” commented Thraenhart.

The 2020 MTF will be the executive director’s swan song as he completes his final two-year term. He will have headed the MTCO for six years.

Tradition dictates the MTCO stakeholders  (Cambodia, China, Laos, Myanmar, Thailand and Vietnam) will begin the search for a new executive director to announce a successor at the MTF in Bagan.

Thraenhart and members of the host committee conducted a site inspection of Bagan last week to identify potential hotels and conference venues.

The host committee will make a final decision on participating hotels and the conference venue in December.

“The response from tourism and hotel players in Bagan was very positive,”  commented Thraenhart at the close of last week’s survey trip.

“We are impressed with the professionalism and commitment of the private tourism associations and the Ministry that is planning ahead of time to make this event a success.”

Hosting the MTF in Bagan has its challenges. There are no direct international flights to the heritage town. The main international gateways are Mandalay and Yangon. There are also flights from Bangkok to the political capital Nay Pyi Taw. From there a taxi takes around four hours to reach Bagan.

Flights from Mandalay to Bagan take 30 minutes, and the roundtrip fare is around USDD108.

There are numerous fights from ASEAN capital cities to Yangon where travellers connect to domestic flights to Bagan. Including stops, end-to-end travel is around five to seven hours, depending on connecting flights. Some domestic flights make a stop in Heho on the route to Bagan.

To its advantage, Bagan is almost traffic-free.  That should make it more convenient for delegates joining the second-day field trips and workshops hosted in village communities and restaurants in and around the city.

“It will not be the first time a Mekong tourism event has been hosted in Bagan,” Thraenhart explained. “In 2011, we held a tourism working group meeting and the country’s first digital workshop for tourism.”

But it will undoubtedly be a big step up for Bagan a city best known for more than 3,000 ancient pagodas and its spectacular sunrise and sunset vistas.

There may be even an opportunity to host one of the MTF’s parties on one of the famous riverboats that ply the Irrawaddy River and anchor in Bagan. Continuing a tradition established in 2014, registration for the Mekong Tourism Forum 2020 will be free. 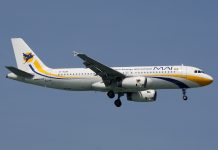