BERLIN, 29 April 2019: Siem Reap, Cambodia, ranks first in Southeast Asia, largely thanks to its proximity to Angkor Wat according to a study conducted by online travel platform YouDiscover.

Bangkok gained second place overall mainly due to its low costs making it ideal for budget travellers. The only other Thai destination, Chiang Mai, was listed in 10th place.

The fifth and six spots went to cities in Vietnam; the capital Hanoi and the former imperial city of Hue.

In seventh place Brunei’s Bandar Seri Begawan gained a mention, but will it still rank so high after introducing capital punishment and severe sentences targeting the LGBT community?

Myanmar gained two mentions; Yangon in ninth place and Mandalay in the 11th spot.  Vientiane in Laos crept on to the list at 14th, just ahead of Malaysia’s Kuala Lumpur.

To view the full study and a comprehensive breakdown of the top 15 must-see destinations in Southeast Asia visit: https://www.youdiscover.de/asien/southeastasia/ 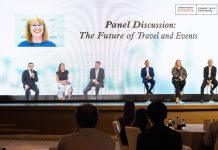