The London Heathrow-Dubai route dropped to second place in the 2018 research.

A total of 2,919,864 passengers boarded flights between London and New York in 2018, according to the latest data from Sabre Market Intelligence, representing a rise of 1.8% compared with the previous 12 months.

Four airlines served the market last year, led by British Airways, which commanded a 40.7% share of all available seats on offer. Virgin Atlantic had a 28.5% capacity share, American Airlines had a 20.6%  and Delta Air Lines had a 10.2%.

The ascent of London Heathrow – New York John F Kennedy to the position as the busiest international route to/from and within Europe followed a 16.6% year-on-year decline in the number of passengers flying between London Heathrow and Dubai International (DXB).

Figures from Sabre show that 2,674,872 passengers flew non-stop between the UK’s busiest airport and Dubai in 2018, down from 3,206,776 a year earlier. Five airlines served the market although two of them – Qantas Airways and Royal Brunei Airlines – ended service during the year.

Although Qantas continues to codeshare with Emirates on flights between Dubai and London, it ceased flying its own metal to Dubai in February 2018 after opting to reroute its Sydney – London Heathrow flight via Singapore. Royal Brunei Airlines ended operations to London Heathrow via Dubai in late October in favour of a direct flight to England’s capital city from its Brunei hub.

Completing the top three is the short 449km flight between London Heathrow and Dublin, the capital of Ireland. The route is a duopoly between Aer Lingus and British Airways, both owned by International Airlines Group, which had a 65% and 35% share of the market respectively.

In total, London Heathrow appears in eight of the top 10 busiest international routes to/from and within Europe, underlining its position as a major global hub. Only Istanbul Atatürk (IST) – Tehran (IKA) in fourth and Paris (CDG) – New York John F. Kennedy (JFK) in ninth did not feature the UK airport.

The research was released at Routes Europe 2019  that attracted 1,200 aviation professionals in Hannover, Germany from 8 to 10 April.

Top 10 busiest international air routes to/from and within Europe in 2018: 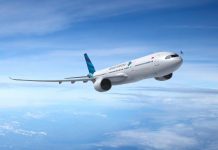 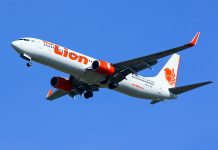