Improvements included the renovation of domestic arrivals hallways and the introduction of measures to reduce passenger congestion in the pre-departure area.

An extension of the gangway linking domestic and international pre-departure areas has improved passenger transfer flows between the two areas.

Daily passenger traffic at the airport peaked at 12,000 during the Easter weekend.

As of 17 April, Clark airport reported it had handled 1.2 million passengers including 650,000 domestic air passengers.

Clark International Airport is destined to be country’s next premier gateway after Manila, with capacity expected to increase up to 80 million passengers yearly when fully developed.

A new terminal building, currently under construction, is now 60% complete.

Once the new terminal opens in 2020, airport operations and maintenance will be transferred to Lipad Corporation, a consortium that includes Changi Airports Philippines Pte Ltd.

Other members of the consortium include the Filinvest Development Corporation, JG Summit Holdings Inc, and the Philippine Airport Ground Support Solutions Inc. 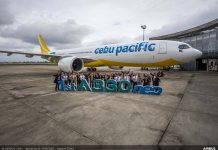 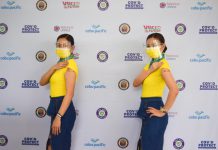