LONDON, 5 March 2019: Bangkok’s hotels set a January occupancy and revenue record, while Hong Kong reports the second highest occupancy, according to STR latest assessment of the hotel business across Asia-Pacific.

STR samples 63,000 hotels and 8.5 million rooms worldwide for its market data and in January it showed hotels in the Asia Pacific region reporting mixed results during January across the three key performance metrics (occupancy, average daily rate and revenue per available room RevPAR).

Based on US dollar constant currency for January, compared with the same month last year, Asia-Pacific’s occupancy performance dropped 1.3% to 65.9%.

A closer look at specific hotel markets based on local currency comparisons for January against the same month in 2018 showed Bangkok hotels breaking a record.

The absolute occupancy and RevPAR levels were the highest for any January in STR’s Bangkok database.

Supply (+1.8%) slightly outpaced demand growth (+1.2%), causing a slight decrease in occupancy. However, the 90.1% absolute level in the metric was the second highest for any January on record in Hong Kong.

According to STR analysts, the opening of the Hong Kong-Zhuhai-Macau Bridge and the Guangzhou-Shenzhen-Hong Kong rail link in 2018 has likely helped ease travel and increase inbound arrivals from Mainland China. 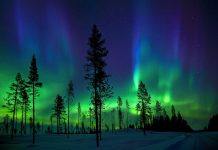 55 and living life to the full