CHIANG RAI, 21 February 2019: The official website for Skal Thailand, a social networking group, has been suspended apparently pending an investigation by Thailand’s police, the immigration bureau and the consumer protection board.

Efforts to browse the website (https://www.skalthailand.club) that has been active since 2012 failed on Wednesday with a simple message posted earlier this week.

It read: “This website is temporarily offline pending the result of investigations into Skal Clubs in Thailand by the Royal Thai Police, Immigration Department, and the Office of the Consumer Protection Board.”

Skal Club International, headquartered in Spain, has clubs around the world that unite tourism and hospitality executives mainly for social events and networking.

But the amicable ambience of the Skal Club movement in Thailand took a knock when one of its members called into question the legality of some of its clubs in Thailand and its national committee.

Thailand has hosted the Skal Club International’s annual congress in the past with an attendance exceeding more than 6,000 delegates.

The suspension of the Skal Thailand national website is the outcome of a spat that boiled over between committee players and the Skal international councillor for Thailand, Brinley Waddell.

Claiming his membership in the Chiang Mai club was wrongfully terminated, Waddell lodged a formal complaint with the police, the immigration bureau and the consumer protections board alleging the Skal movement’s national committee and some of the clubs failed to comply with the country’s Trade Associations Act of 1966.

In a telephone call to he claimed the entire national committee of Skal in Thailand has now resigned, while the Chiang Mai club holds its AGM election for its entire committee this evening.

“The clubs are not in compliance with Thailand’s association act,” said Waddell, who openly acknowledged he responded to alleged unfair treatment by the Chiang Mai club and the national committee by filing an official police complaint.

He claimed it took the Chiang Mai club six weeks to inform him that his membership had been terminated. In addition, he has since lost his role as an international councillor to Skal International, which he is also challenging.

Apparently, the end game is to gain a retraction from Skal International on what he alleges was wrongful termination of his role as an international councillor and to prompt a clean up of Skal Clubs in Thailand to comply with Thailand’s Trade Associations Act 1966.

Criticism of how the Skal Clubs of Thailand are run has been festering for years with schisms and disagreements souring what was created as a “friendship” movement within the global tourism industry.

There are five active clubs in Thailand representing the travel trade in Bangkok, Chiang Mai, Samui, Phuket and Kabi. A club in Hua Hin and Cha-am appears to be dormant.

Waddell has opened the Pandora box having formally made a complaint that travel clubs lack compliance in the context of relevant legislation.

He is demanding Skal International and the Chiang Mai club reinstate his membership and his international councillor role and that clubs comply with the law.

It’s not a path that travel clubs are keen to journey down, but the complaint certainly highlights the need to redefine the definition of a club in the context of the social media era.

Skål International today has approximately 15,000 members in 400 Clubs throughout  90 countries. Most activities occur at the local level, moving up through national committees, under the umbrella of Skål International, headquartered in Torremolinos, Spain.

The Trade Association Act: Added explanation of the law from the official translation available online.

Definition: The Trade Associations Act 1966 “regulates the establishment and operation of trade associations defined as an institution established by several persons, who are engaged in enterprises, for the promotion of the enterprises other than for sharing profit or income.

Skal International Thailand posted a statement on two Skal related Facebook pages, 22 February, as a rebuttal to Waddell, despite all committee members had resigned a week earlier. 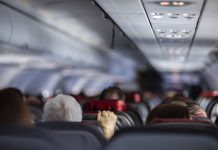