Asia Pacific Superyachts co-founder, Gordon Fernandes, participated in the forum that was attended by officials from Thailand’s Customs Department, who outlined new measures to attract Superyachts.

Also on the meeting’s agenda new information and government policy changes that impact on yachting and Superyachts in the Asia Pacific region gained an airing during sessions.

Under the revisions, bareboat charters will not need to hire a Thai registered captain and engineer to be present on board vessels for the sailing duration.

So-called out-dated rules are being reviewed, but due to recent boating tragedies involving foreign tourists authorities are concerned about potential safety lapses.

Stating that Thailand wants to continue being the ‘Yachting Hub for Asia’ Kanchana said bareboat charters would not be required to hire a Thai captain and engineer, but the charterer would be required to show they had qualified personnel to assume full responsibility.

The Revenue department confirmed it was actively working to resolve a stumbling block linked to Superyacht charter licences. Once this stumbling block has been removed foreign flagged yachts, over 30 metres long, will be allowed to legally charter in Thailand. This will be a major boom for the industry both in Phuket and across the region. 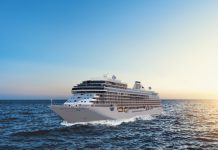