Last year, the inaugural project logged what the organisers identified as 22,000 campaign followers and 900,000 video views.

According to the Mekong Tourism Coordinating Office’s announcement the campaign runs to 11 April, when travellers can post 60-second videos on their social media accounts and hastag using campaign tags.

The hashtags for social media posts are #Minis, #MekongMoments, and #[Country].

By leveraging these pre-qualified hashtags, the MTCO aims to bolster exposure for the GMS by leveraging on the pre-qualified hashtags without having to provide an investment in campaign costs, promotions, or video production. The videos remain the property of the authors and are posted on their social media pages and not on the MTCO website or its social media accounts.

“Today, a video is a powerful medium in inspiring travellers and promoting a destination,” remarked Mekong Tourism Coordinating Office executive director Jens Thraenhart. “It has the chance to awaken the desire to travel to secondary destinations, away from overcrowded places, and promote sustainable and inclusive tourism.”

Winners of the 2019 competition will be announced in phases following the 11 April deadline and voting is set to come from both the public and a specially chosen advisory board.

The 2018 festival accumulated in over 500 minutes of destination video aired on social media platforms worldwide.

However, the MTCO hopes to improve on that performance through a partnership with the Pacific Asia Travel Association’s (PATA) student chapters.

“It is important to engage with the next generation of tourism professionals,” said PATA CEO Mario Hardy.

“The Mekong Mini Movie Festival is the perfect opportunity to involve the PATA Student Chapter network in helping promote the Mekong region and the importance of a sustainable and inclusive tourism industry.”

The Trophy of the 2019 Mekong Mini Movie Festival, like last year, will depict the Mekong River Irrawaddy Dolphin to raise awareness of the highly endangered species.

The dolphin population has dwindled to less than 100 found along a 118-mile stretch of the Mekong River between Cambodia and Lao PDR.  It is currently categorised as “vulnerable” by the WWF. 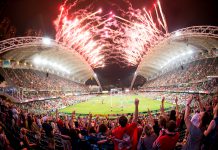 Business travel under the ITB spotlight 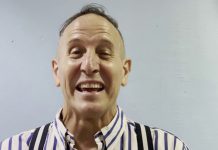 Will travellers return to re-wild forests?