Angkor Archaeological Park’s massive revenue is based on the sale of tickets that have a starting price of USD37 for a day visit.

The official agency managing tickets sales reported 2.59 million international visitors in 2018 an increase of 5.5% on the previous years.

The majority of visitors buy the cheapest day trip, although sales of the three-day ticket at USD62 in 2018 were brisk, while only a small minority, mostly cultural buffs, splashed out on the weeklong pass at USD72.

Statistics and reports released by Angkor Enterprises are limited to just the Cambodian language and posted on its website in a jpeg format rather than PDF documents that could be translated to English.

However, in a review of the performance the Phnom Penh Post reported revenue declined 1.59% to around USD12.11 million in December even though visits to Angkor Wat increased 0.16 per cent to 267,647.

The World Heritage site is the country’s top attraction and the leading source of tourism-related foreign exchange, but very few benefits trickle down to the communities that live in the vicinity of the heritage park.

During the first 10 months of last year, Cambodia welcomed more than 4.82 million international tourists, compared with 5.6 million for 12 months of 2017.

Chinese tourists top the list, followed by tourists from Vietnam, Laos, Thailand and South Korea, according to Ministry of Tourism data.

Based on the performance up to last November, the 2018 forecast was estimated at around 6.2 million visits.

The government is targeting 7 million tourists in 2019.

The Ministry of Tourism’s website is currently under construction with apologies posted for the inconvenience while asking web visitors to be patient. However, posts that are visible are dated 2016 suggesting no meaningful updates, or news, has been posted on the official site for two years.  Statistics are absent and as it stands the site has only marginal value to either travellers, or serious travel business executives, researching the country’s tourism profile. 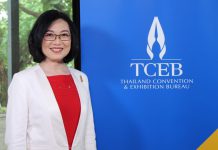 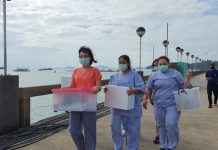