BANGKOK, 8 January 2018: Portuguese airline Hi Fly claims to be the first airline to operate a single use plastic free flight.

First reported in Travel Pulse and picked up by Fox News, the report says the airline flew a service between Lisbon Portugal to Natale Brazil, last week, without any single use plastic items on board.

The flight was free of plastic items such as cups, cutlery, cocktail stirrers, and food containers.

Hi Fly said it was proud to become the first airline to fly single use plastic free, abeit for just one service to Brazil.

It turned out to be a test-run for the company that has pledged a ban of single-use plastic from all flights later this year.

Airlines in Southeast Asia have been slow to ban single-use plastic on board. Tons of plastic waste are collected daily from aircraft, mostly food containers, plastic cutlery and water bottles.

Air Alaska, Air New Zealand and Delta have reduced the use of straws, but not a single airline, worldwide, has flown commercial services consistently that are  single use plastic free.

Hi Fly says it will conduct three more test runs to replace plastic items such as cutlery and containers with natural bamboo cutlery and compostable food containers by Vegware and use items made of plant-based, renewable, low-carbon, and recycled materials.

“We can no longer ignore the impact plastic contamination has on ecosystems, as well as on human health,” Hi Fly president Paulo Mirpuri told Canadian television network CTV.

“We know, too, from the feedback we have received from client airlines and passengers, that it’s the right thing for the airline to be doing.”

(This article originally appeared on TravelPulse.) 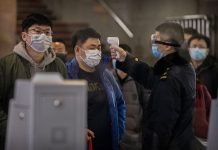