The Vietnam National Administration of Tourism released provisional data on the country’s tourism performance last week, based on figures from the Government Statistics Office.

Based on the current performance over the 11 months of the year the country should edge past its 15.5 million target by the end of December.

Over the 11 months, Asia delivered 10,983,857 visits representing an increase of 3.6% and illustrating the dependence on neighbouring markets

China remains the top source market with 4,560,875 visits up 26.9% continuing a robust performance that was established in 2017.

The other top four source markets Korea, Japan and Taiwan all showed increases with Korea up by a massive 46.5%. They were joined by Russia in fifth place that demonstrated a 6.8% increases in visits, January to November.

Cambodia and Laos, that share land borders with Vietnam, showed declines of 11.5% and 16% over the 11 months.

Vietnam is struggling to increase arrivals from Europe with the exception of Russia. Percentage growth remains single digit in key markets such as the UK (+5.2%), France (+9.9%) and Germany (+6.8%).

The bright spots where double-digit increases ranging from 12 to 29% have been recorded, but on a low base, are Sweden, Denmark Italy, Spain and Finland.

With just one more month to complete the year, if December arrivals perform slightly better than recorded last year, Vietnam will close the year with 15,504,000 visits. 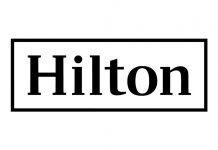 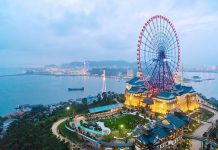