SINGAPORE, 30 November 2018: SS Scuba Pte Ltd has been convicted in the State Courts, 28 November, for carrying on the business of a travel agency without a valid travel agents licence, Singapore Tourism Board reported, Wednesday.

STB said the company was in contravention of Section 6(1) of the Travel Agents Act (Chapter 334).

The company was ordered to pay a fine of SGD14,000. The remaining 40 charges were taken into consideration in the sentencing.

SS Scuba’s travel agent licence ceased in March 2014. However, investigations revealed that despite not having a valid travel agent licence, SS Scuba continued to operate by selling and arranging trips to various overseas destinations from January 2015 to July 2016.

STB said in its press statement that it takes a “serious view against unlicensed travel agents and is committed to upholding the reputation of Singapore’s tourism sector, and will not hesitate to take necessary action against those who contravene legislation.”

​Under Section 6 of the pre-amended Travel Agents Act, which this case falls under, any person found guilty of carrying on the business of a travel agent, without a valid travel agent licence, faces a maximum fine of SGD10,000 and/or imprisonment of up to two years.

Under the amended Travel Agents Act that took effect 1 January 2018, “commission of the same offence now will carry a higher maximum fine of SGD25,000 and/or imprisonment of up to two years.”

Meanwhile, STB reported, Wednesday, Haw Par Villa will close temporarily from 1 December to 28 February, 2019, for restoration and repairs. The entire park will be closed temporarily during this period for safety reasons. It will reopen to tourists 1 March. 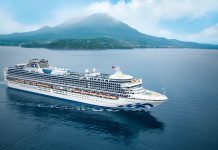