The acquisition will see all of TCA travel accounts and operations integrated with Diethelm Travel Group.

Effective 1 November, TCA operations will have been successfully consolidated under the single Diethelm Travel brand. DTG will also complete the transfer of its head office to ITF Tower on Silom Road, by 1 December, in the same building as TCA.

With over six decades of successful operations under its belt, Diethelm Travel Group employs more than 500 staff worldwide and offers thousands of custom tours throughout 13 countries in Asia.

Already one of largest independently owned incoming tour operators in Asia,  the group’s latest acquisition will secure even more access to key European markets where TCA focused its attention over the years

Travel Center Asia’s roots can be traced back to the Thomas Cook Group to 1989 when Thai Asia Travel was formed and was later renamed Thomas Cook Thailand in 2002.

However,  its managing director, Thomas Maurer, became the sole owner of the company in 2007 through a management buy-out when it was once more renamed Travel Center Asia.  It continued to handle Thomas Cook Europe accounts, that constituted its main business pipeline, until Thomas Cook gave notice that it was establishing its own company to cover the Thailand market effective 1 November.

Diethelm Travel Group’s acquisition  establishes a stabilising influence on TCA operations while, safeguarding jobs and enabling the TCA team to continue to serve its remaining accounts in Europe. A specialist in high-end tours and services, including incentive trips in Thailand, Vietnam, Laos, Cambodia and Myanmar, TCA’s product groups will also complement the offer of Diethelm Travel, which is  focusing more on tailor-made travel content.

“Combining the brand’s excellent relationships within Thailand as well as their key accounts in various European markets and Canada, this new acquisition is an excellent complement to Diethelm Travel’s existing Thailand operations, and further highlights our ambitions to continue strengthening our position as a leading regional DMC partner in Asia.”

The acquisition is just one of many Diethelm Travel’s promising business announcements made over the past year, including a merger with Tourasia and increasingly profitable fiscal quarters.

In response to questions from TTR Weekly, Romer said “day-to-day operation, sales and marketing will be carried out by the merged team under Diethelm Travel. There will be no separate handling.”

He also confirmed that “Diethelm Travel will own 100% shares of TCA and the two entities will both continue to exist from the legal aspect. There are plans for the TCA brand which may realise at a later stage.”

TCA’s owner, Thomas Maurer, will stay on during the transition as the current TCA team continues routine operations under the Diethelm Travel brand. All key members of TCA will ultimately transfer to Diethelm Travel Group as part of a new team.

“I’m confident that the acquisition is a smart move for both entities as each is committed to providing unparalleled on-the-ground service, excellent rates and unique Asia travel products throughout the region,” said Travel Center Asia owner, Thomas Maurer. “I look forward to seeing how the two companies come together and continue to grow.”

DTG’s move to ITF Tower where TCA has resided for more than a decade will also save  office rental expenses that are on the rise in the Thai capital. 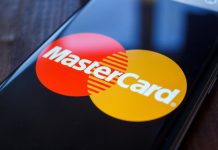 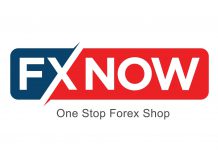 Travelport gains a foothold in Bangladesh