PHUKET, 20 August 2018: To put it mildly the timing was off, when the Tourism Authority of Thailand posted a feature, 10 August, that promoted surfing off Phuket’s west coast beaches.

The resort island is facing a crisis of confidence over the lack of adequate lifeguard services at its west coast beaches that are being battered by heavy seas and deadly rip tides and currents.

On Phuket island, a spate of surf related accidents and fatalities has hit the news since the monsoon season got underway in June. It was compounded by a dispute over the funding of lifeguards and the role of volunteers.

Red flags are flying continuously at Phuket beaches, but there have been numerous accidents that an international lifeguard association blames on a lack of funding and recruitment of trained lifeguards.

It’s a complicated story with officials defending their actions, but the bottom line for visitors is one of extreme risk if they venture into the sea at popular beaches unaware of the danger they face. Lifeguard teams are depleted or absent at all but a few beaches.

“Inviting people to come and surf in the absence of certified lifeguards is negligent and shows a complete disregard for tourist safety.”

The feature declared, “Most of Phuket’s West coast beaches are surfed during the monsoon season. The best spots that can handle a storm swell and produce clean surf include Kata Beach, Kalim Beach, Kamala Beach, Surin Beach and Nai Han Beach.

“It goes on to say “Anyone can have a blast surfing here.”

The only paragraph with a hint of potential danger says: “Also, a word to the wise; big waves at Nai Han means strong rip tides. So, tourists are advised to stay near local Thai and foreign resident surfers at Nai Han to correctly position themselves properly in the line-up.”

Five events have already being held in Phuket with the sixth of the series scheduled in Khao Lak, Phang Nga province from now until the end of October.

“This will further reinforce the tourism image of Phuket province as a sports destination and generate surf-related tourism revenue for the country,” the TAT feature stated.

But clearly the guys and gals who skim to shore on their surfboards are experts who know the dangers of the currents and rip tides and can read the patterns of heavy seas and swells.

During competitions, they are also surfing under the watchful eye of ISLA teams, which is not happening elsewhere.

For the rest of us surfing may have deadly consequences when red flags fly and there are no lifeguard patrols.

Visitors and residents in Phuket need to be protected when they practice their favourite water sports and according to the ISLA chief in Thailand they cannot count on there being competent lifeguards at the ready at every beach location.

Commenting on the financial restraints that led to the critical shortage of competent lifeguard patrols, Jenner says: “The annual TAT budget is USD215 million, more than enough for them to provide an adequate lifeguard system at tourist destinations.”

Actually, the funding would come from the Ministry Tourism and Sports, but it raises a query. Why have the authorities not used a local tax collected from all overnight tourist stays to pay for top-of-the-line lifeguard services?

As for the surf competitions Jenner points out that ISLA teams are tasked with the duty of providing safety for all participants at Phuket’s surf contests.

“The surfers request us because we have international training and certification and we know what we are doing.

“On Phuket, all beaches except for Patong do not have lifeguards with formal training or proper equipment.

“The surfing clubs that organise these contests know who the qualified lifeguards are. They are not comfortable with using local, untrained lifeguards for obvious reasons.”

He points out that even in Khao Lak, around 100 km north of Phuket island, there are no lifeguards on duty, except when surfing contests are hosted and ISLA lifeguards are assigned by the organisers.

“We always wind up making rescues outside the contest area near the Apsara hotel,” Jenner concluded. 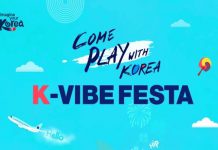