The full campaign will roll out, worldwide, over the next three months.

The initiative was introduced to employees at a launch event last week at the Hotelbeds Group office in Singapore, to 160 people from across the group’s brands – Hotelbeds, Tourico Holidays, GTA and Bedsonline.

Volunteer opportunities were presented by charities including Food from the Heart, Beyond Social Services and Waterways Watch Society.

A three-week campaign is planned with a variety of activities and a forecasted turnout of over 100 people.

To coordinate, the group has commissioned technology platform VolunteerMatch, one of the largest volunteer engagement network on the web.

Using the platform, Hotelbeds Group employees will now be able to search and sign up for a range of volunteer opportunities.

This includes the ability to identify events based on location, causes, time commitment and necessary skills.

The initiative has a potential audience of a 6,000-strong workforce to recruit for projects that will benefit the most vulnerable people in areas where the group has a presence.

Operating mainly under the Hotelbeds, Bedsonline, Tourico Holidays and GTA brands, the company connects over 60,000 travel intermediaries across more than 140 source markets with travel providers in over 185 countries representing more than 170,000 hotels, 24,000 transfer routes and 18,000 activities.

In September 2016, the company became independent under the ownership of Cinven and the Canadian Pension Plan Investment Board (CPPIB). In June 2017, Tourico Holidays became part of Hotelbeds Group, followed by GTA also joining the group in October. Both companies remain independent brands, but are being integrated into the group headquartered in Palma de Mallorca, Spain. 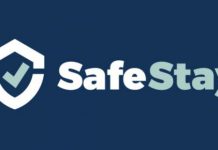