This special flight of the world’s largest commercial passenger aircraft is part of the airline’s celebration of its 25th year of service to the Oman this year, and also reaffirms that the newly opened airport infrastructure can handle A380 operations.

In 1993, Emirates inaugurated its first service to Muscat and since then, has carried more than 4.3 million passengers to and from Oman. The airline started operating with a Boeing 777-200 aircraft offering four weekly services. Today, the airline flies to Muscat with three daily services using Boeing 777-300ER aircraft, and connecting passengers to over 150 global destinations.

The Emirates A380 has a three-class configuration, with 429 seats in economy class on the lower deck, 76 flat-bed seats in business class and 14 first class private suites on the upper deck.

The airline is the largest operator of A380 aircraft. The airline currently has 103 A380s in service and 59 pending delivery flying to almost 50 destinations. 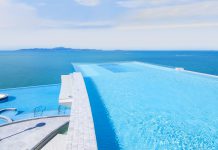