CHIANG RAI, 28 May 2018: Chiang Rai’s future as a meetings and conference destination depends on how well the destination can create distinctive travel experiences and build quality in training and human resources.

That was the view of  representatives from Bangkok’s top inbound destination management companies who travelled to Chiang Rai at the weekend to meet with tourism researchers from Mae Fah Luang University.

They were providing input and feedback for the university’s researchers  who are preparing a ‘white paper’ on the future of the province’s meetings and conference business.

Funded by the Thailand Research Fund, the project takes a close look at the province’s ability to draw more high-yield travellers in the specialised sector of meetings and conferences.

Travel executives from DMCs, all members of the Thailand Incentive and Convention Association, provided feedback on the white paper’s summary before researchers write the final version for the TRF next month.

TICA’s feedback suggested that Chiang Rai should not strive to compete with Chiang Mai, or develop major conference venues or an exhibition centre.

The emphasis should be on developing quality service, training hospitality staff and creating distinct travel experiences for small meeting delegates.

Chiang Rai already has a thriving domestic meeting and conference trade mainly generated by government departments that host their regional events in the far-north town.

The average size of the meeting groups visiting Chiang Rai are round 50 to 100 delegates per event.

The city would be hard pressed to accommodate a conference of 500 to 600 due to limited venue space and room supply in the three to four-star category.

TICA members attending the weekend’s brainstorming session met their local counterparts in Chiang Rai warned that air connectivity would hinder the growth of regional meetings convening in the city.

TICA members argued that the city would have a more meaningful role as a post-tour destination for meetings hosted in Chiang Mai, which already has adequate infrastructure for major conferences and is served by direct regional airline services.

Paula & Co managing director, Paula Wongjunpen, said there would have to be a wider variety of restaurants that can cater to regional travellers, while Chiang Rai’s story telling would have to be more compelling and focus on the destination’s culture, ethnic groups and agro-tourism attractions such as tea and coffee plantations.

Steam Events Asia managing director, Kris Srisatin, said there was an urgent need to implement “hands-on training to raise standards plus more chain hotels would be needed to appeal to regional meetings or corporate events.”

“There is a need to combine itineraries with Chiang Mai and offer trips to Myanmar, but the emphasis should be on developing classic, cultural experience using exclusive, private boutique hotels.”

The TICA team was led by CDM managing director  Sumate Sudasna, who is also the association’s president and a veteran in the inbound MICE business in Thailand.

He emphasised that Chiang Rai could become a preferred post-event destination for regional conferences hosted in Chiang Mai.

“Expectations differ, but a focus on post tours could work for delegates from the region.”

He noted that Chiang Rai has direct air links with Phuket that could draw visitors who are attending events in South Thailand’s resort island, while identifying the annual around-the- world luxury travel itinerary that features a stay at the Four Seasons’ Tented Camp in the Golden Triangle. 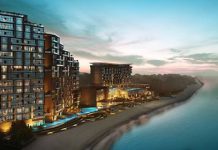 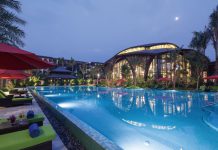