For the period 1 January to 20 March ATTA agents handled 1,466,022 tour clients, up 16.38% year-on-year, based on meet-and-greet fees ATTA pays to Bangkok’s two airports to facilitate a welcome service.

No matter how ATTA looks at the figures, from a country or regional perspective, China dominates the inbound tour business commanding a market share of 59.39%.

It should be a source of concern for ATTA members as their future business prosperity is tied and knotted to China.

If the market shrinks considerably due to political or economic conditions, Thailand’s inbound tour business would be hit by massive financial failures.

The continued dominance of China would suggest ATTA members need to urgently shift their attention to other markets such as India that has vast potential.

Europe with a market share of 6.31% for agency driven bookings is well below par and has been shrinking mainly due to a switch to direct bookings online. 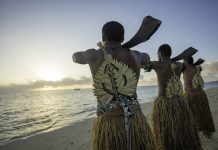 Wood back in Asia Skål