The airline opened the daily service to website and travel agency sales in Thailand last week.

In mid-May the lowest promotional fare to Wuhun on a flight from the airline’s base at Bangkok’s Don Mueang Airport is THB 3,520.

According to timetable information from Airlineroute, the Bangkok- Wuhan service (SL940) departs Bangkok daily at 1855 and arrives in Wuhan at 2325.

A four weekly service from Denpasar (Bali) to Shenzhen started 25 March. The second charter service operates out of Surabaya to Sanya, China, every Monday. 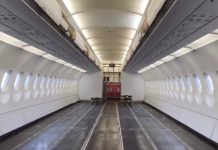