BANGKOK, 9 April 2018: Don’t be surprised to see more Asian tourists heading for Norway, this summer despite its reputation as one of the most expensive holiday destinations in Europe.

South Korean travellers are now joining the Chinese attracted by the midnight sun, cruises on the fiords and a chance to see the Northern Lights.

Avinor Oslo Airport confirmed at the weekend that Asiana Airlines would launch summer charter flights between Seoul and Norway for the first time.

If they are popular, Asiana is likely to upgrade the charters to scheduled services for flights during the summer timetable in 2019.

Compared to 2016, there was a 36.7% growth in South Koreans’ overnight stays in Norway last year, according to Norway’s tourist board. Although South Korean visits generated only 120,000 bed nights for the entire year, tourist officials recognise that Koreans are big spenders when on holiday.

Asiana Airlines summer charter flights start 10 July  with flights on Tuesdays and Saturdays between Seoul and Oslo and end 29 August. It will use an Airbus A330-300 on the route.

“South Korea’s tourism growth is huge and it’s gratifying to see that Asiana Airlines has chosen to set up a route to meet this growth,” said Avinor Oslo Airport director of traffic development, Jasper Spruit. 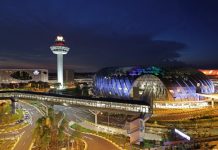