BANGKOK, 19 December 2017:  The Biennial Bon Odori Festival marks 130 years of Thai-Japanese diplomatic relations this year and joins the celebrations under the banner of the Amazing Thailand Tourism Year 2018.

The Bon Odori Festival in Bangkok was first organised by the Japanese Association in Thailand in 1987, and has since been held in December every other year.

It offers the opportunity for Japanese residents and tourists in Thailand to join Thais to enjoy a traditional Japanese celebration.

The ‘Odori’ dance is one of Japan’s ancient folk arts, with dancers wearing varied kimonos, or yukatas and dancing to the rhythm of the traditional Taiko drums.

During this year’s Bon Odori Festival in Bangkok, there were two rounds of  Japanese and Thai folk performances. Each round lasted about an hour and started with a 25-minute Japanese traditional Awa Dance, followed by a 20-minute Thai folk dance and concluded with the 20-minute ‘Odori’ dance circle. 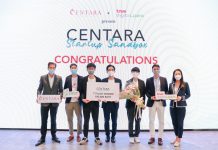 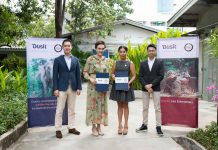