LOS ANGELES, 30 November 2017:  Three Asian airlines made it to the top-10 list for the sheer financial weight of their loyalty programmes, when compared with 170 airlines worldwide.

Japan Airlines in 8th place, Korean Airlines in 9th and ANA in 10th were the highest placed Asian airlines on a top-10 list led by four major airlines in the US; Delta Air Lines. American Airlines, United Airlines and Southwest Airlines.

In the middle of the table were three powerful airline groups that have single loyalty programmes, but for multiple airlines. They were led by the Air France-KLM group with its Flying Blue programme, followed by Lufthansa Group’s Miles & More and IAG (British Airways with its Avios loyalty programme.

It claims to be the first-ever comprehensive, data-driven ranking that charts the financial value of airline loyalty programmes.

It examined frequent flyer programmes of 170 airlines to determined an estimated value for each airline’s loyalty programme.

There were some surprises in the 100 ranking. For example, AirAsia, a low-cost airline and a relatively new comer to loyalty programmes, was ranked 42. Its BIG AirAsia programme had a valuation of USD523 million.

This pioneering report offers insights into the value generated by loyalty programmes that are now an important ancillary revenue contributors for airlines.

On the publication of this new research, On Point Loyalty Managing Partner Jeremy Rabe said: “The global airline loyalty industry is estimated to be worth over USD160 billion USD.  Airline loyalty programmes have around 288 million active loyalty members who earn around 3.5 trillion points per year.

The top 10 most valuable airline loyalty programs are as follows:

For full report on the top 100 airlines 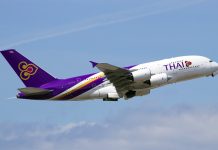