DENPARSAR, 3 October 2017: Bali’s travel industry is making an impassioned plea for tourists to visit the island saying safety measures are in place in the event Mount Agung blows.

Rising from the plains on the eastern side of the island,  the volcano is a good 76 km away from popular beaches and the  island’s airport. Thousands of villagers have been evacuated to safety from around the mountain’s slopes within a radius of 9 km.

ASITA Bali Chapter, which operates under the auspices of Bali Tourism Board (BTB), issued a statement, Monday,  reassuring visitors that that the government and local communities are displaying a high level of vigilance and commitment to ensure visitors are safe.

ASITA is the association of Indonesian Tours and Travel agencies, which has industry chapters in major destinations.

The chapter members in Bali handle ground arrangement for tourists visiting on pre-paid packages.   Travellers booked on these packages usually enjoy better information flow and can depend on an orderly evacuation in the event of an emergency courtesy of the ground handling company.

However, the majority of Bali’s visitors are travelling independently and would not have the backup support of an organised evacuation by a tour company. Independent travellers could be more vulnerable in an emergency.

Despite the ASITA’s assurances, travellers should weigh up all the pros and cons by checking the latest updates and the location of their proposed hotels or lodgings. If you have never been to Bali before this is probably not a good time to make a  once-in-a-lifetime trip that requires considerable investment in long-haul flights and extended vacation time.  But for regional travellers the investment is less than in time and travel costs.

The volcanic alert has been at the highest level for 10 days without any change in the situation. This has fuelled hope that perhaps the crisis will pass without a massive eruption.

Indonesian Officials and Volcanologists & Geological Disaster Mitigation (PVMBG) are in close communication, with the travel industry and communities according to the ASITA chapter’s statement.

“They are monitoring the situation and everyone is adhering to any advice issued by the authorities to ensure that all guests are comfortable and informed daily of the situation,” ASITA explained.

The statement said authorities have been saying that there is no certainty as to when or even if the volcano will erupt.

The National Disaster Mitigation Agency has stated that residents and visitors should not remain in an area of 9 km (5.6 Miles) radius of the base of the mountain or within 12 km (7.5 Miles) to the North, Northeast, Southeast, and South/Southwest.

More than 1,000 people died the last time Mount Agung erupted on 19 Feb 1963, one of the largest and most destructive in Indonesian history. It lasted for nearly a year, devastated countless villages.

This time round volcanologists say it could only be a matter of hours, days or longer for the mountain to blow.

Since its previous eruption until recently, Mount Agung had reported zero volcanic earthquakes.

Last week, there were more than 700 incidents detected in one day, with the strongest magnitude measuring 4.3 on the Richter scale. 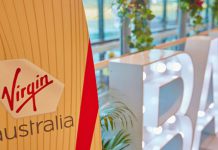 Banning alcohol a lost cause