BANGKOK — Foreigners from 14 designated countries are now eligible for a 10-year retirement visa according to Thailand’s Immigration Bureau.

The Thai government announced the new visa last November, but it only became available last week.

The extended 10-year retirement visa is a an option in addition to the standard one-year visa for retirees who must have funds in the bank of THB800,000 as a guarantee.

However, the 10-year visa requires a minimum bank guarantee of THB3 million, which must be deposited in a bank and remain at the stipulated cash level without withdrawals for three months prior to filing papers.

There is a THB10,000 processing fee for the visa application.

It is not likely to be favoured by the current crop of retirees in the country who are familiar and comfortable with the annual renewal and the THB800,000 bank guarantee.

However, it could attract a wealthier set of retirees of 50 years, or more, who retire early and have considerable funds, investments and savings to support their stay.

An alternative to depositing THB3 million in a bank is to show proof of an income of not less than THB100,000 a month.

Regardless of the route taken, the visa requires applicants to have medical insurance that offers cover of at least USD10,000

There are already five-year visa options bundled in Thai Elite Card membership that have similar conditions but require a cash membership fee.

The thorn in the side for most retirees is the 90-day reporting stipulation that is required regardless of the length or type of visa a visitor holds. It is viewed as a hassle, although the actually process at a provincial Immigration Bureau office takes just a few minutes.

Even the 10-year visa will be issued in two distinct stages. Once the paperwork has been completed approval is given for a five-year period with an option to continue for a second five-year period. It will require an update of information, files and photographs at the close of the first five years.

Applicants must undergo a screening process to ensure they do not have pending criminal convictions or face charges in their home countries. 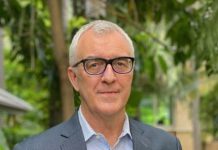