BANGKOK, 22 June 2017: Self-proclaimed UNWTO Wire publisher, Juergen Steinmetz, is at the forefront of a campaign that alleges the recent UNWTO secretary general election was flawed.

Stienmertz issues a statement released by PRNewswire, this week, that applauds Zimbabwe Minister of Tourism and Hospitality, Walter Mzembi, for raising the allegations in an open letter last May.

Steinmetz followed through issuing his own post asking: “Is the UNWTO Secretary General election for sale?”

Identifying himself as a “UNWTO Wire publisher” he is challenging the process that will lead to the appointment of a new secretary general at the UNWTO General Assembly this September.

The United Nations World Tourism Organisation (UNWTO) is the highest international authority for the travel and tourism industry. It represents governments.

The UNWTO secretary-general is elected every four years, a position is currently held by Dr Taleb Rifai. A well-respected industry leader from Jordan, he vacates the post at the end of this year.

At the Madrid UNWTO Executive Council meeting, 12 May, the Georgia Candidate, Ambassador Zurab Pololikashvil garnered enough votes to be nominated as the candidate elect for secretary-general and is banking on being confirmed by two-third of countries that will attend the General Assembly of the UNWTO in Chengdu, China, this September.

Last week,  the candidate from Zimbabwe issued a detailed list of alleged misconduct and interference related to the UNWTO secretary-general vote.

“Ever so often a news story breaks about the underbelly of the tourism business and none in modern history has ever been as potentially catastrophic as the recent hijacking of the UNWTO Secretary-General election in Madrid,” said Stienmertz.

A newspaper report by The Herald in Zimbadwe accused the UNWTO of racism and said the only reason Mzembi lost the vote was because he was “black.” 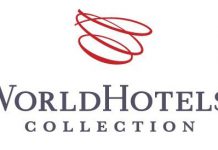 WorldHotels’ crafted collection up and running