Middle East Airlines, Qatar (first) Emirates, fourth and Etihad, eighth, illustrated the brand strength of the three gateway carriers that now carry the lion’s share of the traffic between Southeast Asia and Europe.

Lufthansa, at seventh place, was the sole representative of Europe’s airlines to reach the top 10.

Qatar Airways was named the World’s Best Airline, voted by travellers across the world in the annual passenger survey.

The Doha based carrier won the prestigious Airline of the Year title for a fourth time.

Singapore Airlines, a perennial favourite in the awards was ranked second and also received awards as the Best Airline in Asia, the World’s Best Business Class seat and for having the Best Premium Economy On-board Catering.

Thai Airways International at 11th place on the World’s Top 100 Airlines ranking, fell just short of reaching the top 10, but improved its overall ranking from 13th in 2016. The airline’s objective is to break into the top 10 in 2018, a goal that is in striking distance.

Based in Kuala Lumpur, Malaysia, AirAsia was named the World’s Best Low-Cost Airline for the ninth time in a row. It was ranked 26th on the top 100 airlines list.

If there are hints and tips on how to buy and book air travel then the rankings and awards might suggest if we are looking for the best economy then buy a flight on Thai Airways International, but it won’t be as cheap as some of the competitors higher up the chart.

If cheap, but not nasty, is the criteria then AirAsia is the big winner, while if we want to enjoy great service and a regional network then Bangkok Airways would be in the frame.

But without a doubt Qatar takes the crown deservedly as its quality delivery comes with competitively priced tickets across all classes. A hard act to follow, even for Singapore Airlines that has worn the top crown so often.

World Airline Awards are recognised for clarity and independence, with no outside sponsorship or external influence.  The survey enables any airline in the world to be nominated, allowing travellers to make their own choice, underlining the brand as the passenger’s choice awards.

19.87 million eligible survey entries were counted in the final results, and 105 nationalities participated in the survey from August 2016 to May 2017. The survey covered over 325 airlines, from largest international airlines to smaller domestic carriers, measuring Quality standards for 41 KPI’s across front-line product and service factors in the Airport and On-board environments. 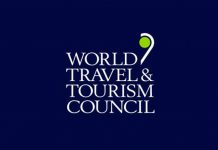