BANGKOK, 2 May 2017: BHMAsia has opened X2 Vibe Bangkok Sukhumvit Hotel in a residential area of Sukhumvit 52.

Comprising two buildings located on Soi Sukhumvit 52, the hotel is a 30-minutes taxi ride from Suvarnabhumi Airport and close to the popular BTS Sky Train.

X2 Vibe Bangkok Sukhumvit Hotel offers 266 rooms and suites. The main building has fully equipped meeting facilities and 145 rooms with city views, while the residence building offers 121 rooms configured as either one, two, or three-bedroom units all featuring a pantry/kitchen for long stay guests.

The property has two food and beverage outlets; a signature 4K Café and VIBAR a poolside bar.

Other facilities include outdoor swimming pool, fitness centre, a relaxing Japanese urban Onsen, and a putting green where golfers can hone their short game before heading out to one of the many nearby courses.

“BHMAsia is known for its design oriented resorts through our X2 brand. X2 Vibe is a similar product but in city locations,” explained vice president operations Alexander Parry.

The hotel is currently offering special introductory rates starting at THB1,100, including stay in a standard room with breakfast for two, valid from now through 31 October 2017. 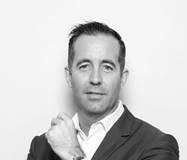