Saigon Times media reported the city’s tourism department has recommended that the Ministry of Culture, Sports and Tourism reduce and ease requirements to allow those holding vocational college degrees to apply for accreditation cards.

The current rules compel tour guides to graduate with a university degree in tourism to step right into a guiding job.

According to the country’s tourism law, guides must be fluent in at least one foreign language and have a bachelor degree in tourism.

If they have a bachelor degree in other subjects other than tourism, they must get a professional tour guide certificate from a competent training institution following university graduation, the report said.

The city is now seriously short of tour guides who can speak French, German, Russian or Japanese as few students choose to major in those languages and become tour guides.

Some tour operators have been forced to hire guides without accreditation cards or foreign guides to serve international tourists.

The city has the largest number of tour guides in the country, with 5,010 holding accreditation cards. Tour guides who can speak foreign languages number 2,639, and 1,738 of them serve English-speaking guests. 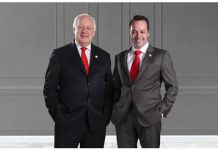 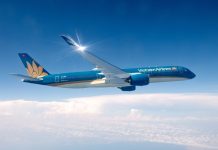 Vietnam Airlines flies direct to the US