BANGKOK, 9 March 2017: Ministry of Tourism and Sports says it will gear up its foodie tourism promotions to encourage more travellers to visit Thailand while encouraging them to test their taste buds on hot Thai dishes.

To support food tourism, the Cabinet approved, last month, a USD4.1 million budget for Tourism Authority of Thailand to spend on a Michelin five-year contract (2017 to 2021) to promote food-tourism through its world-famous dining guide.

TAT will become a Michelin Travel Partner to issue guidebooks on restaurants, which meet the Michelin standards, while Michelin will send their inspectors to verify the quality standards of those restaurants in Thailand.

It was not clarified if the guide will extend beyond Thai restaurants to include international cuisine. Bangkok is particularly famous for its world-class international restaurants that specialise in Chinese, Japanese, Italian and other European cuisine.

Michelin inspections will be independently carried outside of the parameters of the USD4.1 million partnership agreement.

TAT says it reserves the right to cancel the contract with Michelin if the year-end evaluation doesn’t live up to expectations, according to the Cabinet’s statement.

Bangkok will be the first city in Thailand that Michelin will explore to identify the best restaurants. The project will then expanded to other tourist cities.

It is expected the first Michelin Guide Book will be launched later this year.

Therefore, Thailand will become the sixth country in the Asian region to have a Michelin Guides following China, Hong Kong, Japan, Singapore, and South Korea.

Michelin Guides are a series of guide books that have been published by the French company Michelin for more than a century.

The term normally refers to the annually published Michelin Red Guide, the oldest European hotel and restaurant reference guide, which awards Michelin stars for excellence to a select few establishments.

The acquisition or loss of a star can have dramatic impact on the success of a restaurant. Michelin also publishes a series of general guides to countries and road maps. 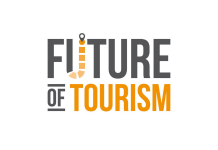 PATA signs up for tourism coalition