BANGKOK, 13 March 2017: Michelin Guides arrive on Thailand’s varied and exotic dining scene and the government’s decision to seed the project with a USD4.1 million grant raises a few eyebrows and a chorus of dismay from foodie tourism critics.

Understandably, the government is keen to exploit Thailand’s success that has placed its devilishly hot, spicy cuisine top-of-the-table in almost every capital city, worldwide. It’s a success story that is now justifiably the pride of Thailand’s chefs and restaurateurs, who spent decades striving to elevate Thai cuisine to become an international brand without a dime’s support from government.

Now Michelin has dropped by to pick up the cheque and frankly it might be resented, or seen as a waste of public funding.

But to its credit when it made a similar move in Singapore it honoured the artisans of street food in the plush city state. It was not all about six or five-star expensive dining.

Well there is always the age-old saying that claims a prophet in his own country has no honour, a reference to foreign experts always attracting more attention than the local variety. But in this case we have to look at Michelin’s track record and  its delivery of added value and  an undeniable ability to improve brand reputation. It is a without doubt a winner so why not exploit a synergy of winners such as Thailand’s vast range of exotic dishes through a partnership with a renowned guide?

But transparency  must be guaranteed when you drop a kitty of goodies on the lap of a commercial venture, especially when its taxpayers’ money.

I don’t think the Ministry of Tourism and Sports has explained the contract details adequately. But we will continue to enjoy Thailand’s fantastic variety of spicy food without a thought for Michelin. We all have our secret haunts where amazing Thai food is stirred fried in the pan. We share them on Facebook not Michelin. Facebook is more likely to be the dominant platform driving food promotion and it is free. 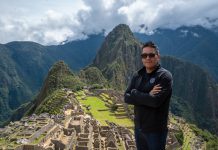