BANGKOK, 22 March 2017: The latest inflight ban on laptops and other devices larger than a mobile phone sends mixed messages, most of them the worrying kind.

Once the US declares an aviation related ban it is usually adopted worldwide. Within hours the UK introduced a similar ban and Canada is likely to follow later today.

Right now the US ban relates to 10 airports in the Middle East and airlines based there that fly to US destinations, but three of the identified airports – Dubai, Doha and Abu Dhabi – are major hubs for global networks.

That creates a hitch for travellers living in Asia, who travel through those hubs to reach US and UK destinations. They will have to part company with their laptops and expensive cameras and other large electronic devices at the first departure point.

Would anyone feel comfortable about loading a laptop or camera in check-in baggage at Bangkok’s two airports?

In the long-run airlines may devise a system that will allow travellers to take their laptops on flights to Middle East hubs where the devices would then be loaded in the aircraft hold for the connecting flight to the UK or US. But as of now that is not an option.

It suggests that sophisticated security screening units we thought were keeping us safe are not able to determine the difference between a genuine laptop and one packed with explosives.

The BBC quoted Philip Baum, editor in chief of Aviation Security magazine, who said: “If we cannot, in 2017, distinguish between a laptop that contains an IED [improvised explosive device] and one that does not, then our screening process is completely flawed.”

“And encouraging people to check laptops, and other such items, into the luggage hold simply makes the challenge even harder. Cabin baggage can, at least, be inspected piece-by-piece and the accompanying passenger questioned.”

In the good old days, I recall security officers asking me to remove a laptop battery for inspection before being allowed to board. Today, I would not have the faintest idea how to dislodge the battery from my MacBook Air for a security check.

in 2014, the US banned devices with flat batteries, saying that passengers could be required to demonstrate that laptops and phones could be powered up before boarding planes. It was widely adopted at airports in Asia.

Despite the hassle, I would prefer security officers checked laptops and other devices in a rigorous manner at the gate rather than allowing passengers to bundle them in checked baggage.

Who knows it might be possible to detonate a laptop packed with a bomb that is stored in the aircraft hold from the comfort of the cabin using a mobile phone?

Perhaps, special security lines for passengers who travel with laptops could be an option. Of course, it would cause queues and slow us down, but at least we would have peace of mind.

Bundling laptops in the aircraft belly doesn’t give me any peace of mind, especially as we are constantly warned against checking-in devices with batteries that could overheat or explode.

Whatever, travellers need to be assured that the million dollar security  equipment can determine the difference between a laptop and a bomb. Laptops and tablets apparently have all the component parts needed to build  a bomb, except for the detonator and explosives.  Perhaps a Labrador dog could sniff the difference?

Airports subject to the ban 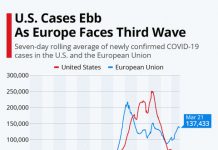 The ebbs and flow of Covid-19 tides TTF returns to a live audience