PHNOM PENH, 27 March 2017: Cambodia and Laos have signed an accord to encourage regional airlines to increase services on routes between the two countries in a move to boost tourism.

Connectivity between tourist destinations in the two countries is poor, forcing travellers to make expensive backtracks to gateway cities. It adds to travel costs either for overnight accommodation if the earliest connection is on the following day or having to buy two or more sector fares.

It is also time consuming. A trip from Luang Prabang to Sihanoukville the gateway to Cambodia’s beach resorts could take up to 12 hours by plane or even require, three flights and  an overnight stop in Bangkok.

“We need to update the agreement to comply with reality and the demands of the market,” Chanty explained. But much more needs to be accomplished to make it cost effective for airlines to develop direct flights.

Currently, there are three airlines offering flights between Cambodia and Laos. They are Cambodia Angkor Air, Lao Airlines and Vietnam Airlines, and they have about 21 flights per week. Very few are direct flights.

Through the new MoU, there is potential to increase to 30 flights each week, he said.

The director added that passenger traffic between the two countries increased by 5% last year to 178,000 and could reach 200,000 in the next two years.

The State Secretariat of Civil Aviation general director, Keo Sivorn, told Khmer Times that the new agreement will make it easier for airlines to have direct flights between Cambodia and Laos and will open up new routes, such as from Phnom Penh and Sihanoukville to Vientiane and Luang Prabang.

About 1.3 million international tourists visited Cambodia in the first two months of 2017, of which 65,675 were from Laos. This was a 64.5% increase compared with last year, the report said. Most of them are overland visits. 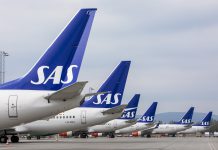 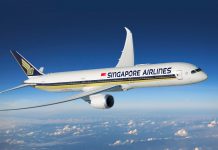