MUMBAI, 14 February 2017: OTM 2017 will be held in Mumbai, the largest source market for leisure and MICE travel in the country, 21 to 23 February, at the Bombay Exhibition Centre.

More than 1000 sellers from 50 countries will exhibit at OTM 2017. They include national and state tourism organisations, hotels, airlines, destination marketing companies and other suppliers serving leisure as well as MICE markets, keen to tap India’s expanding outbound travel market.

The show estimates 5447 qualified buyers and travel trade visitors have already registered. They include 814 fully and partly hosted buyer registrations, which is the largest number of hosted buyers in any travel trade show in India.

The total number of trade visitors is likely to exceed 10,000, by the time the show closes.

According to UNWTO, the number of Indian outbound travellers will grow to approximately 50 million in 2020, contributing USD28 billion in expenditure.

Mumbai is the biggest source market for outbound and domestic travel in India. Together with its hinterland markets in the West and South India, it represents 60% of the total outbound tourists from India. It is also the strongest market for business, luxury and MICE travel for international as well as domestic segments.

Turkish Ministry of Culture and Tourism, one of the largest pavilion in the OTM commented: “We have been attending OTM for seven years. Every year we are expecting more tourists from India. We are also promoting Turkey as a wedding destination.”

Tourism Authority of Thailand’s director based in Mumbai said: “We are delighted to be associated with OTM, which is one the biggest B2B trade fairs in the tourism industry.”

OTM 2017 will be co-located with the Mumbai edition of BLTM – India’s show for business travel, luxury and MICE segments, where qualified hosted buyers meet sellers by appointments.

Fairfest was the first mover in India in the space of travel marts. It was established in 1989. Its OTM is now India’s largest travel trade show on the basis of number sellers as well as buyers. 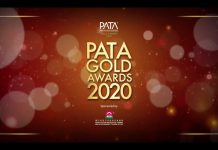