HONG KONG, 21 February 2017: Hong Kong Disneyland Resort reported, Monday, it welcomed more than 6.1 million visitors and a record high per capita spend at the park during 2016.

Gate performance details emerged as part of its financial report for 2016 that saw the theme park’s earnings reach HKD4.8 billion, but with a net loss of HKD171 million. Earnings before deductions, taxes, depreciation and amortization reached HKD715 million.

Since it opened in 2005, the park has welcomed 64 million guests. Spend during 2016 recorded the seventh consecutive year of growth.

Attendance from international guests increased to its second-highest annual level ever. Locals accounted for 39% of total attendance, while mainland and international visitation made up 36% and 25%, respectively.

Hotel occupancy was similar to last year at close to 80%.

“HKDL continued to drive visitation with exciting new offerings and seasonal events during the year amid a soft tourism and leisure market,” said HKDL executive vice president and managing director, Samuel Lau. “We are excited that Iron Man Experience, the first Marvel-themed ride at a Disney park, debuted last month and that a new resort hotel and other exciting offerings will open later in fiscal 2017 to further broaden the resort’s appeal.”

During fiscal 2016, a slowdown in Hong Kong tourism impacted on the theme park along with an unfavourable comparison against fiscal 2015, which benefited from an additional week of operations.

Despite these challenging market conditions, the resort’s performance began to show signs of recovery in the second half of fiscal 2016. Compared to the first half of the year, the year-over-year attendance decline eased and hotel occupancy improved in the second half of the year. This encouraging performance benefited from the launch of “Star Wars: Tomorrowland Takeover” and marketing and sales initiatives.

In fiscal 2016, HKDL launched the year-long “Happily Ever After” celebration for its 10th Anniversary, which included the debut of the “Mickey and the Wondrous Book” stage show, the “Fairy Tale Forest” walkthrough attraction and the enhanced “Disney in the Stars” fireworks spectacular. Riding on the success of the hit movie “Star Wars: The Force Awakens,” the resort also launched “Star Wars: Tomorrowland Takeover” with “Hyperspace Mountain,” “Jedi Training: Trials of the Temple” and character greetings in Tomorrowland, which have been popular with guests of all ages.

Capitalising on the array of new offerings and the Hong Kong Tourism Board’s “Matching Fund for Overseas Tourism Promotion by Tourist Attractions” initiative, HKDL rolled out 22 joint promotions with trade partners and other local attractions in various targeted overseas markets, such as Malaysia, the Philippines and South Korea.

The resort’s improved performance continued into fiscal 2017, with first quarter financial results above the prior-year period. The resort continued to add new offerings to attract guests and opened Iron Man Experience during the second quarter. This attraction helped boost Chinese New Year Holiday attendance 13% above the prior-year period, with growth in local, Guangdong and international guests, and occupancy to a near-full level of 97%.

To drive future visitation, the 750-room Disney Explorers Lodge will open on 30 April. Dedicated to the spirit of exploration, the hotel will offer immersive, resort-style accommodations for guests with four themed gardens based on global cultures.

Additional experiences that leverage some of the most successful franchises of The Walt Disney Company are due be introduced under a HKD10.9 billion multi-year expansion plan, subject to the Legislative Council’s approval. The proposed expansion is comprised of two new themed areas featuring Marvel and “Frozen,” a transformed Castle and Hub area with two entirely new day and night shows, and new experiences in Adventureland. 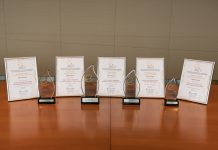 Hong Kong’s passenger traffic up in May