Agence Kampuchea Presse quotd Tourism Minister, Thong Khon, saying the project would be carried out jointly with Hungary, which is supporting efforts to diversify tourism to improve rural economies.

The Battambang plan involves the creation of tourist accommodation, improvements in transport and better security enforcement to ensure tourists are not cheated.

“Previously, there were just four or five hotels in Battambang town. Now, there are close to 40 including guesthouses,” he said.

Battambang province is located in the far northwest. Bordering provinces are Banteay Meanchey to the north, Pursat to the east and south, Siem Reap to the northeast, and Pailin to the west.

The northern and southern extremes of the province’s western boundaries form part of the border with Thailand. In addition, Tonle Sap forms part of the northeastern boundary between Siem Reap and Pursat. Its capital and largest city is Battambang. 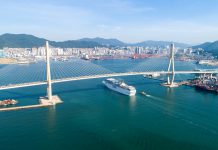