Local media reported the proposal calls for music streets to be located on the parallel Han Thuyen and Alexandre de Rhodes streets.

They will encourage local musicians to entertain residents and tourists and make the city more enjoyable for visitors.

The streets are located near a number of the city’s landmark sites such as the Reunification Palace, the Saigon Central Post Office, and the Saigon Notre-Dame Cathedral Basilica.

They also border April 30 Park, a popular weekend rendezvous for both locals and tourists.

In addition, there is a proposal to open a weekend food fair at Bach Dang Park, which stands on the banks of the Saigon River in District 1.

The food fair would help to promote Vietnamese cuisine to international visitors, and is expected to improve the appeal of the city’s downtown. 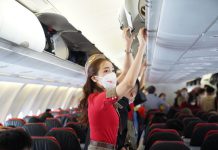