The net loss attributable to Ctrip’s shareholders was RMB1.4 billion (USD206 million), compared to net income of RMB2.5 billion in 2015.

Package tour revenues reached RMB2.3 billion (USD333 million), representing a 39% increase from 2015. The Packaged-tour revenues accounted for 12% of the total revenues in 2016.

“Ctrip has been expanding its global footprint through China’s growing outbound travel demand,” said executive chairman James Liang. “The addition of Skyscanner has complemented our positioning on a global scale. Skyscanner and Ctrip plan to share the best practices to unlock the potential of both brands.”

In is business outlook for the first quarter of 2017, the company expects net revenue growth to continue at a year-on-year rate of approximately 40% to 45%. 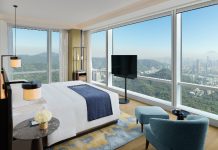