BANGKOK, 23 February 2017: Airports of Thailand has allocated a budget of THB220 billion to improve six airports under its management.

The airports are: Suvarnabhumi and Don Mueang in Bangkok, Chiang Mai and Chiang Rai in North Thailand and Hat Yai and Phuket in the South.

AoT will need to present to the Ministry of Transport its  detailed plans that will also require Thai Cabinet approval before work can begin.

The first development plans will concentrate on upgrades at Hat Yai and Chiang Mai airports to be presented to the Ministry of Transport by August. A plan to further renovate Don Mueang Airport should be ready by November 2017, and a plan for expansion at Chiang Rai and Phuket airports by June 2018.

The board has also ordered a feasibility study on the installation of an Automated People Mover (APM) system at Don Mueang Airport to help ease passenger congestion, while the construction project for Suvarnabhumi Airport’s Terminal 2 is now at the stage of hiring contractors who will conduct survey and design work, with a competition of designs to take place under a THB308 million budget. 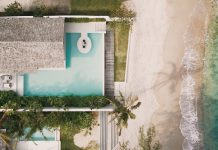