He claimed there were more ‘quality tourists’ in the year’s total than in the past as a result of government promotions.

The crackdown of illegal tour operators and hotels would also help to drive quality tourism. He was referring to the policy to end zero-dollar tours from China that have no financial value for the country, but create considerable  stress on resources.

“The country needs to set strategies to shift tourists from crowded destinations and to develop new tourist attractions… we have to tighten safety and security.”

This year, Thailand will focus on specific tourism segments such as sports tourism, health and wellness, weddings and romance, marine and rail to boost tourism.

The government will also promote what is popularly called foodie tourism.

He has already proposed to the Thai Cabinet to approve a proposal by the Tourism Authority of Thailand to sign an agreement with Michelin Guide to award Michelin stars for excellence restaurants. It should be completed in three weeks.

The Michelin Guidebook Bangkok is expected to cover five years starting this year and will cost USD4.1 million to establish and operate, although  he did not elaborate on the cost breakdown.

“Once the project is approved, Thailand will be the second country in ASEAN, after Singapore, to join the Michelin Guidebook…it will help to increase tourist spending in the country.”

In addition, the government is likely to extend the free tourist visa concession for citizens of 19 nations that is due to end 28 February. It will be extended for another six months, the deputy PM added.

Most of the countries  listed are not major tourist providers, but the concession sends the right message to China, Taiwan, India and Saudi Arabia markets that have vast potential for growth.

Under the scheme, citizens from the 19 countries do not need to pay the THB1,000 fee to process a visa at Thai embassies, or consular offices overseas. They still have to visit the consulates, which can be time consuming due to the long distances between the capital and other cities.

The visa-on-arrival fee, which was increased, 27 September, to THB2,000 was also reduced to THB1,000 for citizens of the 19 countries.

The visa-on-arrival is valid for just 15 days.

ATTA president, Charoen Wangananont said: “This year, tourism should grow around 9% to 10% mainly on the back of strong markets in Asia.”

He added: “ASEAN market will be crucial for us this year and that will encourage more air connectivity between destinations.”

This year, the country projects 35 million foreign travellers. Tourism-related revenue will reach THB2.71 trillion. Of that, THB1.78 trillion will come from foreign visitors and THB930 billion from domestic travellers.

Of that, THB1.64 trillion came from international markets and THB870 billion from the domestic market. They are revenue estimates based on exit surveys to determine an average spend per tourist, but are not considered accurate. 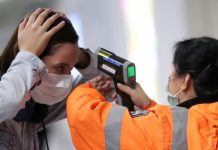