It marks Shangri-La’s second debut in this northeast city 18 years after the group opened the Shangri-La Hotel, Harbin in 1999.

The new property anchors Shangri-La in the heart of Songbei’s business district and in a historic city.

Located on the Songhua River’s north bank and a five-minute drive from the city’s internationally renowned ice festival at Ice & Snow World, Songbei Shangri-La, Harbin is in a neighbourhood that includes many local attractions that sought out by tourists.

They include the Sun Island Garden, Siberian Tiger Park and Harbin Great Theatre.

Just a 40-minutes and 30-minute drive away are the international airport and Harbin West Railway Station.

“We are proud to have been part of Harbin’s development as a global destination and to have welcomed travellers for nearly two decades,” said Songbei Shangri-La, Harbin’s general manager, Tyson Wang.

“With a second property, we look forward to unveiling new lifestyle experiences and inviting the community and international visitors to enjoy our blend of tradition and modernity in Harbin.”

To celebrate the hotel’s opening, an introductory offer starting at RMB1,350 per night, including breakfast, is available until 20 February.

The room rate is subject to a 10% service charge and six per cent government value-added tax. 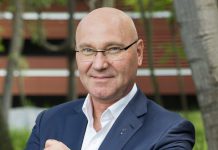